September 18, 2020 by kwararafareporters No Comments 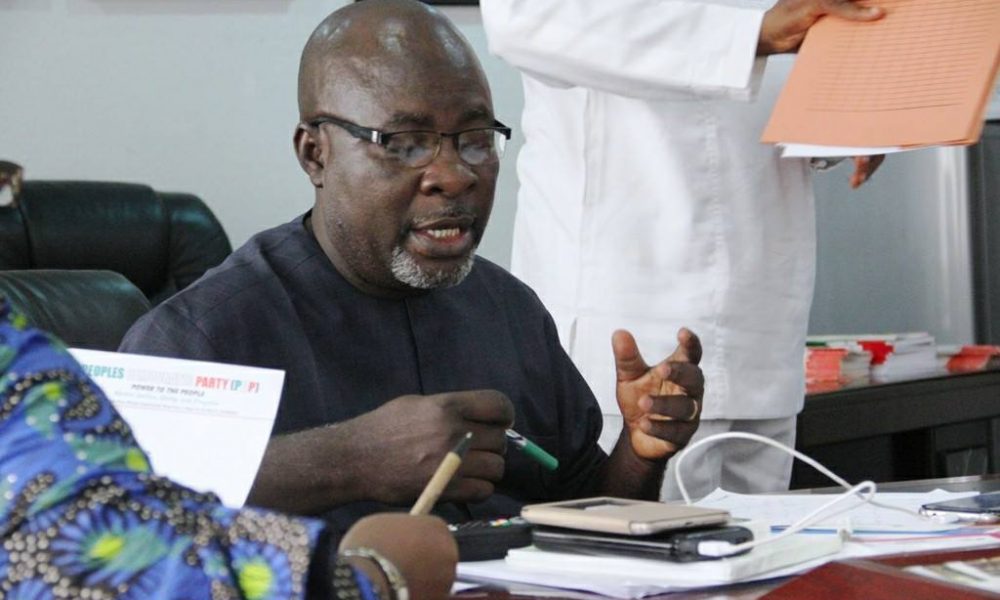 The Peoples Democratic Party (PDP) protests the clampdown on its governors by security agents in Benin City, Edo state capital, ahead of Saturday’s governorship election.

The national leadership of the party, in a press conference addressed by the PDP National Chairman, Prince Uche Secondus, alerted the nation and the international community of the security siege on PDP governors in their lodging in Benin City.

The party expressed shock that security agents were detailed to surround the lodging of our governors to harass and intimidate them, whereas APC governors, including the governor of Kano state, Abdullahi Ganduje, his Imo state counterpart, Hope Uzodimma as well as the Deputy President of the Senate, Senator Ovie Omo-Agege, are left free in the comfort of the residence of the sacked national chairman of the APC, Adams Oshiomhole in GRA, Benin City.

Our party considers this siege as provocative and completely unacceptable as there cannot be two sets of laws for the citizens of our nation. In as much as the APC governors are given the liberty to stay in Benin City, our governors must not be harassed or stampeded to leave the state.

At any rate, we are confident that our governors will not allow themselves to be stampeded.

The PDP calls on all stakeholders in the Edo governorship election, particularly the security agencies, to work towards a peaceful, credible, transparent, free and fair election on Saturday.