October 21, 2020 by kwararafareporters No Comments 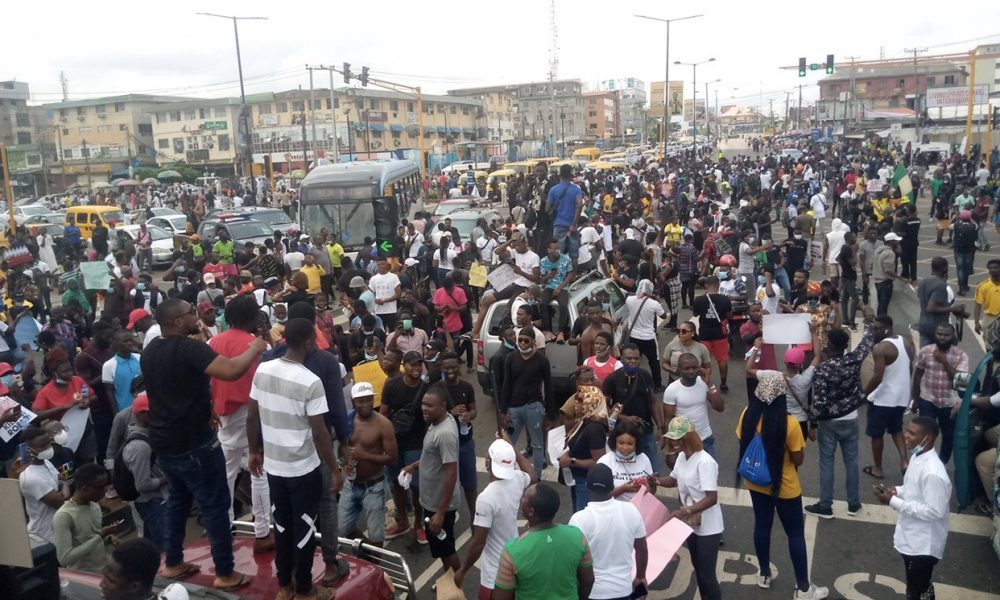 A University Don, Professor Solomon Bewaji , has described the violence that followed the EndSARS protest, as an indication that criminals have declared war on Nigeria.

Prof. Bewaji who is of the Department of History, University of Ilorin lamented that criminals have taken over the protests and have declared war on ordinary citizens of the country.

He said this is unfortunate as it has complicated matters and made life more difficult for teeming Nigerians on whose behalf the protesters claimed they’re fighting for.

Speaking with press men at his office in Unilorin, the Don said, the protesters have shown no empathy to the masses who are nearing the brunt of their actions.

Prof. Bewaji said what is going on is not a revolution but an equivalent of an attempted coup by criminals who are not happy with the reforms going on in the country hence are doing everything to upturn them.

He said while revolutions are spontaneous and borne out of genuine grievances, what is going on in Nigeria seemed to have been planned, coordinated and well funded to embarrass the government.

He said from all indications that a well written script to cause the destabilisation of the country is in play.

“Otherwise, how do you explain a situation where on the very first day that the protesters came out, they were carrying food in take away packs and distributing assorted drinks not just to themselves but to security agents on patrol,” he said.

Prof. Bewaji said the food, snacks and music from hired DJs and musicians shows that there was a budget for the protest which was far beyond what the youths could have afforded on their own.

The University Don said for the protesters to have sustained the protests long after the President had disbanded the SARS police unit,  was deliberate in order to embarrass the government and allow criminals to hijack the process.

He said if the protesters were genuine, they would have called off the protest the moment their demands were met.

“Ordinarily, they would have discontinued the protests the moment the President disbanded the SARS and the Vice President apologised, but because they want to create a window for criminals to take over, they refused to leave the streets.

“Now the criminals have taken over and they’ve started burning public buildings, attacking innocent people and have ushered in an atmosphere of mayhem and commotion all against the masses of this country,” he stated.

Our correspondent noted that the Edo State Government on Monday, imposed a 24 hour curfew on all parts of the state following a breakdown of law and order leading to the burning of public buildings and the release of prisoners by some protesters.

While the Lagos State Government also followed suit on Tuesday by declaring a 24-hour curfew on the state following similar outbreak of violence and breakdown of law and order in the state while there were cases of violence in states like Plateau, Osun, Ondo and the Federal Capital Territory.

Prof. Bewaji said the current protest is a clear departure from what obtained in the past where the demands of protesters are well articulated by identified leaders of the youths.

“But in this case, no one can tell you their leaders, they’re nowhere to be found even whe  the government has indicated interest in negotiating with them.

“If their demands are noble then they should come out and table it before our elected leaders so that yhe matter could be resolved for good, but  they’re they hiding,” he stated .

He said the masses have been put in untold hardships due to the ongoing protests as people could no longer go to work and have been forced to close their business premises while movements have been restricted even in states where there are no curfew.

The Don appealed to the youths to do the needful and pull out of the streets so as to enable the government implement their demands.

“That to me remains the most sensible thing to do because further protests would only escalate the already tense situation for the masses of this country,” he stated.

He insisted that violent protest is not the way to go on the light of the current hardship ending faced by majority of Nigerians.