A Poem On The Nigerian Army “Nigeria Without The Army”

November 7, 2020 by kwararafareporters No Comments 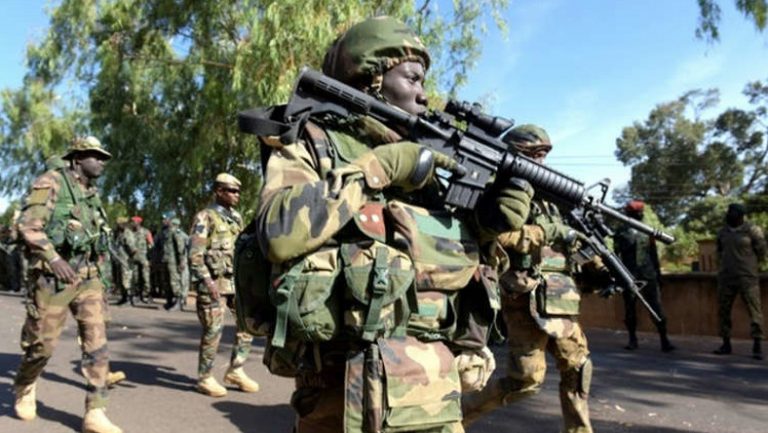 Nigeria, without the Army, Africa’s queen of the Prairie, The land of our proud forefathers,
Overtaken by killer vampires and hyenas,  Dangling in air minutely, Devourers of your precious children,
Who descend like swarms of bees on honey, Over your hapless children and, battered souls so delightfully,
In brutal extermination, This generation would have gone extinct, Ancestors would have been long invited for a funeral feast.

Even in dazing fear of blighting enemy swords, Of Boko Haram and their first cousins, The sacredness of our lives violated; Crude oil praying mantis of the Delta,  Explosively poured the black gold in our faces, We burned and survivors’ deserted homes for fear.

Ruthless bandits of the North and cattle thieves, Invaded our lands in millions, Replacing the nostalgia of rural life, With sounds of automatic guns; Eastern mercantile secessionists, Campaigned in bloodshed of kinsmen and strangers alike.

The electoral brigands and thugs, Wished democracy seized in Nigeria in 2019, As arranged guns and ammunitions floated, Everywhere like shrubs on sea surface at peak of rains; And virus Corona came with fresh troubles! Snaking through foreign valleys, Uncle Corona landed its fury in Nigeria, Sparing no friend nor foe,
The foreign demons hungrily, Foraged our hamlets; Searching for the next victim. Yes! searching for the next victim!

Luck Dube echoed it in mournful lyrics, We were all the “next victims,” Like blacks under apartheid South Africa.
Innocent victims of no evil on our hands, But Golgotha awaited us, With the hellish ambience of slayers , Killer vendors of herdsmen and farmers, Caused forlornness of fertile lands,  The fields left uncultivated,  Hunger loomed monstrously in mama’s kitchen.

But alas, the lone soldier shadowed, Smiling and stern simultaneously, He brought peace and war against,
Our cursed enemies, Of blood and perditions,  Vacated the war songs chanters on our graves, Seized killer blades, knives and guns and bombs, The assailants’ thrusted in frightened faces, As we stood askance, helpless!

But the men in khaki buffered, Enacted rehearsal of salvation from Almighty Yaweh, Operation Delta Safe came,
And militants went on self-exile; And day time dance of the Python, Descended bliss in the East of South.

Soldiers sermons on “Peace by all means,”  Sent Boko Haramists to the land of ghosts and repentance “Dole,”
Operation Sahel Sanity, dismembered the bandit’s clan , Uncle Corona balked from daring our lives, With soldiers mounting sentinels, At city and village gates, The deadly virus paused infectious, Campaigns, recoiled and cringed.

Election riggers and activists, Of violence sneezed, rather than barked, At Nigeria’s democracy, with frowzy faces,
In painful reminiscence of defeat, A reunion renewed among herders and farmers, In the grassy and greenish Middle Belt.

The fields became green with crops, Dancing to the tantalizing breeze, Awaiting harvest to fill empty bellies,
Looming starvation starved itself, And migrated to other nations, Far from us; far from us!

EndSARS hoodlums despoiled the land, In pains and destructions, But have regained lost senses, Because the soldier! the soldier!! stood firm.

Eulogies of this soldier have filled heavens , Nigeria quakes; the earth quakes, With joyful songs at dawn, In tumultuous praises of these heroes, As token of our appreciation, Of the kindness and sacrifices,
To save us and preserve Nigeria!

Ooh! Soldier, your bed of roses, Is set in our carnival of celebrations, In expectations of your heroic home arrival.