The North East Peace Ambassadors (NEPA) says President Muhammadu Buhari and the nation’s service chiefs deserve credit for the return of peace and another Christmas celebration free from attacks in the region.

The group gave the commendation at a press conference on Tuesday in Modu Ganari, Maiduguri, Borno State.

In a statement co-signed by Alhaji Sadiq Bulama and Mallam Usman Geidam, its President and Secretary-General respectively, the NorthEast Peace Ambassadors said unlike some years ago, people were reunited with their families and are enjoying quality time.

Bar the attempted attack on Garkida in Adamawa State which was effectively repelled by gallant troops, the group said there was no breach of security across the six states.

The NEPA recalled how Boko Haram terrorists attacked Gadaka and Damaturu in Yobe States on Christmas Day in 2011 and multiple bombings in the Federal Capital Territory and surrounding towns.

According to the group, however, this year, people are celebrating the festive season in peace and love.

The NEPA thanked President Buhari for his leadership that is steadily bringing complete normalcy to the Northeast.

It noted that the appointment of the service chiefs have proven to be a masterstroke, as they have displayed confidence and efficiency.

The group also applauded the service chiefs for their innovation, cooperation and a sense of coordination, bringing results to the fight against insurgency.

The NEPA equally hailed the troops for their resilience, sacrifice and patriotism which has made life worth a living for them.

You’re all welcome to this very important press conference in which we intend to highlight the current security situation in Northeast Nigeria and give credit to those who made it possible for us to experience one of the most peaceful holiday seasons in recent times.

You are aware that there are six states in the Northeast namely, Adamawa, Bauchi, Borno, Gombe, Taraba and the Yobe States, but since the holiday season began, all the six states have experienced peace and tranquillity and people have to this moment been enjoying the festive season.

People travelled from far and near to spend time with loved ones as roads that were considered dangerous in the past have been cleared of all security threats and opened by the military while terrorist hideouts have been subdued and their foot soldiers flushed.

It is therefore a blissful time for most families as troops remained in the trenches to ensure the safety of lives and property.

The only incident that nearly threatened the peace and security of the region was the attempted attack on Garkida town of Gombi Local Government of Adamawa State which was repelled by gallant troops.

Today, Tuesday, 29th December 2020, those of us living in the Northeast, not those receiving third party reports, are happy to announce that we have celebrated the Christmas in peace and love, and we are looking forward to celebrating the New Year also in peace.

All these were made possible by the effective leadership style of President Muhammadu Buhari and the coordination of the Service Chiefs who have turned the heat on the terrorists and insurgents making them flee to the borders between Nigeria and Chad and struggling to survive on those fringes.

Though Boko Haram still operate within the tiny fringes, the remaining part of the Northeast is now peaceful.

Even the pockets of attacks by Boko Haram and other criminal elements to scare people during the Yuletide was contained effectively that most people are not even aware that such a thing took place.

The Service Chiefs were on top of the situation and our troops were fully on guard to repel thee, criminals,  killing many of them while others escaped with injuries.

We commend the Nigerian Military for mobilising Ground Toops and the Air Task Force of Operation Lafiya Dole who launched an attack on Saturday to repel the insurgents who invaded surrounding villages after an attempted attack on Garkida on December 24 that was aborted.

We have received reports about how our troops engaged the insurgents in a fierce battle in Tashan Alade, Shafa, Azare, Sabon-Kasuwa and Debro, in Hawul Local Government Area of Borno State on Saturday as the insurgents invaded the village and came in their dozens in nine gun trucks and launched attacks on the communities.

We are proud of our ground troops, who with aerial support from military jets, were able to contain and repel the terrorists.

We note that this is not the first time in the year 2020, that the military would be saving Garkida and its surrounding villages from similar attempted attacks by insurgents.

The military in similar pattern repelled an attack against the town in February and forced the Boko Haram fighters fleeing in different directions.

In July, the Nigerian Military rolled out tanks within and around the village and reclaimed the town from the violent hands of the insurgents and have now capped it all with the repel of the insurgents few days again.

The peaceful atmosphere we are now enjoying in the Northeast is something people never thought could happen as a few years ago, the entire Northeast and other parts of the country was reeling under the pains of Boko Haram inflicted atrocities.

We recall that on 25 December 2011,   there were bomb blasts in Gadak, and Damaturu in Yobe State which took the lives of many people.

The terror even extended outside the Northeast to faraway places like Madalla near Abuja where it was reported that at least 37 people died and 57 others were injured in an attack at St. Theresa Catholic Church on Christmas Day.

In Jos, there was an explosion at the Mountain of Fire and Miracles Church in Jos and gunmen later fired on police who were guarding the area resulting in the death of one police officer.

It was on the same day that Gadaka and Damaturu were rocked with explosions. The one in Gadaka even happened in a church.

The attack in Damaturu was found out to be the work of a suicide car bomber, who rammed the building housing the headquarters of the State Security Service and killed at least three people.

But this year, we are celebrating the festive season in peace and love.

We thank President Muhammadu Buhari for his leadership that is steadily bringing complete normalcy to the  Northeast.

We Mr. President for appointing the Service Chiefs who have proven to be highly confident and efficient.

We thank the Service Chiefs for their cooperation and sense of coordination which is bringing results to the fight against insurgency.

We thank the troops for their resilience, sacrifice and patriotism which has made life worth a living for us. 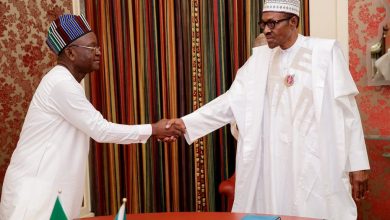 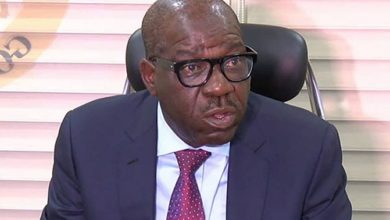 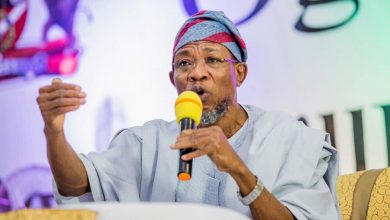 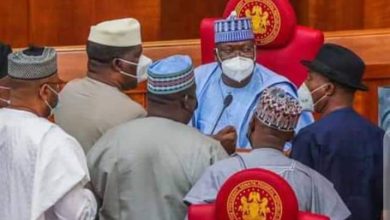 Electoral Bill: We Have Accomplished Our Mission – Senate President Lawan