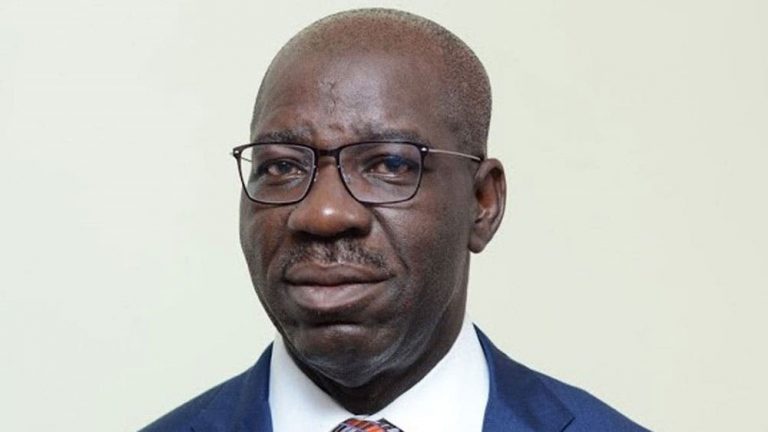 The University of Ibadan, on Tuesday, confirmed to the Federal High Court in Abuja that it issued a Bachelor of Arts certificate to Governor Godwin Obaseki of Edo State in 1979, but that the photocopy he submitted to the Independent National Electoral Commission, INEC, was incomplete.

The University, which was summoned through a subpoena issued on it by the court, said it was not true that Obaseki forged the certificate he attached to Form EC9 (Nomination Form) he submitted to the Independent National Electoral Commission, INEC, for the purpose of the gubernatorial election that held in Edo State on September 19, 2020.

The institution, which appeared as the second witness on the day Obaseki opened his defence to the certificate forgery suit the All Progressives Congress, APC, instituted against him, was represented by its Deputy Registrar Legal, Mr. Abayomi Ajayi.

Ajayi said he was in court on the strength of the subpoena that was served on the Registrar of the University. The subpoena was admitted in evidence and marked as Exhibit D6.

Asked under cross-examination to confirm that the copy Obaseki attached to the nomination form he submitted to INEC was forged, the witness said: “I will not regard it as forged, but I will regard it as an incomplete photocopy.”

Continuing, he said: “This is because the certificate issued by the University is larger than the paper size on which the photocopy was done. In the process, the date of issue and signature of the Registrar, S. J. Okudu was cut off, likewise the signature of the then Vice-Chancellor, Professor Tekena Tamuno.”

The witness further told the court that the Minister of State for Education had earlier forwarded Obaseki’s certificate to the school for verification.

He said demonstrations the school carried out revealed that some part of the certificate was cut off, owing to the size of paper that was used.

He went ahead and tendered three different versions of a Bachelor of Arts degree belonging to another student, which the school photocopied in A3, A4 and A5 papers, to buttress the point.

Though counsel to the plaintiffs, Chief Akin Olujimi(SAN), opposed the admissibility of the photocopied certificates on the premise that they were neither pleaded nor front-loaded by Obaseki, the court went ahead and admitted them in evidence as Exhibits D13, D14 and D15.

The court held that reliance on the exhibits in its judgement would be subject to objection the plaintiffs would raise in their final written address.

The DW-2 told the court that he was employed by the University of Ibadan on May 2, 1995: “I was not at the University when Obaseki was a student. I only saw the records.”

Obaseki earlier told the court that he would call five witnesses to defend the case against him. He had through his first witness, DW-1, Mr. Charity Aguobawekhina, a legal practitioner, tendered original copies of his certificates before the court.

The school certificate that was issued to him in June 1973 by the West African Examination Council, WAEC, as well as a Higher School Certificate which WAEC also issued to him in 1976, were both admitted and marked as Exhibits D1 and D2.

The original copy of Obaseki’s Primary School Certificate issued in July 1971, was admitted as Exhibit D3, even though the plaintiffs objected to its admissibility on the ground that it was not previously front-loaded.

However, the plaintiffs challenged the admissibility of Obaseki’s Bachelor of Art Certificate.

“My Lord, we are objecting to the original copy of the University of Ibadan degree certificate. It was not frontloaded. We reserve our full argument on the objection until our final address.

“To be fair to the first defendant, we will not be objecting to the admissibility of the Pace University certificate”, Olujimi submitted.

The DW-1 further confirmed that Exhibit PL-10 that is already before the court, was the Certified True Copy, CTC, of the Form EC9 (Nomination Form) that Obaseki submitted to INEC.

He told the court that also attached to the Form was a letter from the National Youth Service Corps, NYSC, Obaseki’s NYSC certificate and his testimonial.

The witness, who identified himself as the current Chairman of the Edo State Law Reform Commission, told the court that a previous certificate forgery suit marked FHC/B/CS/125/2016, which was instituted against Obaseki, was struck out by a Federal High Court in Benin.

Under cross-examination, Mr. Aguobawekhina told the court that he was the one that photocopied Obaseki’s certificate that was attached to the nomination form that was submitted to INEC.

He told the court that the photocopy was made from Obaseki’s original certificate.

Asked why the signature of the Registrar of the University of Ibadan and the date the certificate was issued did not reflect in the photocopy, the witness said: “It is true my lord that part of Exhibit D4 was not captured by the photocopier, ostensibly because the size of the original certificate is bigger than the A4 paper that was used.

“What was, however, captured by the photocopier was a direct reflection of the original copy of the certificate. It is not true that the photocopy of the University of Ibadan certificate of the first defendant attached to the Form EC9 was forged.

“I did not forge the photocopy of the 1st Defendant’s degree certificate.

“Apart from being a political associate of the first defendant, I double as his informal adviser on matters of this nature. So when he was going to Abuja to fill his Form EC9, I accompanied him.

“So, while he was filling the Nomination Form, he asked me to make photocopies of all the documents attached to the said form, including Exhibit D4.

“I made five copies each and attached one set of each to the form already filled by him. We then went to the FCT High Court Abuja where the first defendant deposed to an oath before the Commissioner of oath.

“We then came back to the PDP Secretariat where the documents were submitted to the National Secretary of the party, who uploaded them to INEC server by scanning. I was there.

“I did not know that the photocopy did not reflect all the parts of the certificate until it became an issue”, the witness stated, adding that Obaseki’s nomination form was uploaded into INEC’s portal on June 29, 2020.

Justice Ahmed Mohammed adjourned the case till Wednesday for the continuation of the hearing.