The Leadership of The Taraba State Youths Coalition For Good Governance has Called on the Governing Council of the Federal University Wukari to ensure fairness in the selection of the third substantive Vice Chancellor of the University.

The Group in a Statement Syndicated to Newsmen in Abuja, By its Coordinator Comrade Ezzra Agbu and it’s Secretary Mallam Salihu Maigoge, lampooned the Governing council Members for Monetizing the Position and Introducing Religious Bias to the entire Selection Process.

The group Condemned Attempts By the Governing Council Chairman Arc Lawrence Ngbale, For carrying On with Impunity without Regards to due process all in an attempt to foist a predetermined candidate against the wishes of the University Community and other right thinking Council Members.

The Governing council has invited or is inviting more candidates for interview. The question now is what has changed? Why were they not invited at the time the first three were invited? This inconsistency in the council decision has eroded the confidence people have in the council. Candidates are likely not to receive fairness. So the entire selection process is not trust worthy. It’s important for the minister of education to set aside the council and instruct council does not participate in the interview because of their clearly observed bias. The council is bias and incompetent to organize any acceptable and credible selection interview. Thus, an independent organ should be mandated to conduct the interview.

The Group Vowed to Petition the Chairman and the entire Council if they Fail to address the obvious Imbalance and do justice to all candidates and Further called on the Chairman to Make Public the list of The candidates to be invited for interview and to release the Modalities at which they arrived at those candidates within the next 48 Hours failure to do So will amount to testing The will of Taraba State Youths the Group Warned.

Centre To UK House Of Lords: Attaching Religion To Insecurity Crisis In Nigeria For Any Sanction Will Harm Humanity

Religious Freedom: Centre Ranks Nigeria Under Buhari As Most Tolerant Nation In The World 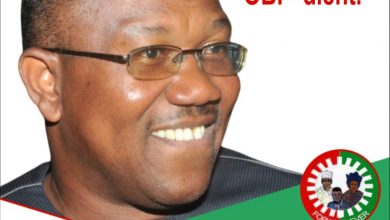 Peter Obi: As The Structure-less Drives The Ones With Structures – By Prof. Nwaokobia Jnr 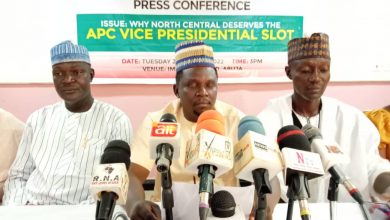