At last, President Muhammadu Buhari brought down the gavel, and with it he announced the change of Service Chiefs and immediately appointed their replacements. The erstwhile Chief of Army Staff (COAS) and honcho of Nigeria’s counter-insurgency operations, Lt. Gen. Tukur Yusuf Buratai also gracefully bowed out of office after decades of meritorious service to his fatherland.

For Gen. Buratai the news came to him in the same manner his appointment was also announced. He waited for this day and he knew from the outset that there would come a day, he must retire from active service to Nigeria. He gave his best; his very best to salvage his country from insecurities. No doubt, as Nigeria’s numero uno soldier, he has also bequeathed to Nigeria, a Nigerian Army better than he met it in 2015.

The day, Lt. Gen. Tukur Yusuf Buratai decided to pursue a military career, he had no premonition of rising from the scratch to attain the highest pinnacle of his professional career. But through the divine will of God Almighty, he reached the peak and history would also remember him as one of the longest serving COAS in recent times. It is a plus in itself!

Gen. Buratai, was appointed as Nigeria’s 25th Chief of Army Staff (COAS), by President Buhari on July 13th, 2015. His appointment could not have been timelier because it came at a time when the morale of the soldiers was at its lowest ebb. It was glaring that soldiers were completely downcast in fighting insecurities in Nigeria because of multiple physical and psychological inhibitions. However, Gen. Buratai changed the narrative very miraculously and within the shortest time.

Prior to his appointment as COAS, the Boko Haram insurgents gambled with the country’s troops; evident in soldiers withdrawing from the frontlines in the face of enemy adversaries for fear of their lives. An enfeebled Nigerian Army lost its officers and men in droves. Nigerian Army, hitherto regarded as the best in Africa, had become an object of ridicule and spoofs to even armies of other countries.

So, when Buratai mounted the saddle, it soothed and pleasured Nigerians. His track records of service loudly attested to his proficiency as a gifted combatant soldier, Military strategist and tactician. His appointment as the COAS brought renewed hopes of a better Nigeria Army. And true to expectations, the country’s Army under his leadership began its journey towards self-rediscovery. Gen. Buratai has lived every word of his promise of repositioning, innovating and reforming this revered institution.

As an obedient and dedicated officer, Gen. Buratai was quick to enforce the instructions of his Commander- in -Chief of the Nigerian Armed Forces, President Buhari. First, it was to relocate the military command centre from Abuja to Maiduguri, the epicenter of insurgency in the Northeast region. The action migrated the anti-insurgency war to the door steps of the Boko Haram devils.

As an exemplary leader, Gen. Buratai also compelled other senior Army officers to hop into the trenches with him at the warfront of the troubled Northeast. His actions advertised it as compulsory and no one had to be prodded because Gen. Buratai led by example.

Thus, for the first time, Nigeria had a COAS who personally shadowed in the battlefield alongside with his troops. He coordinated series of attacks on terrorists. He featured in the squad of troops who launched massive attacks on Sambisa forest’s Camp Zairo which either naturalized or dislodged insurgents. With the demystification of the dreaded forest, members of the sect were decimated, and only able to launch minimal and intermittent cowardly attacks on soft targets. Gen. Buratai broke the jinx of Sambisa forest.

Gen. Buratai has finally exited the stage, but he has left behind lasting legacies in the Nigerian Army. The Nigerian Army under his reign has been repositioned into a professionally competent fighting force. Soldiers under his leadership have shown outstanding commitment to the preservation of the territorial integrity and sovereignty of Nigeria. The Army’s constant interventions in Internal Security (IS) operations in the country are landmark relics for Nigerians.

Until January 26th, 2021, the Nigerian Army under Buratai’s guidance had conducted over 40 special internal operations and exercises, as response to particular security challenges across the country. And these operations have been hugely successful. The Exercises/Operations such as Operation Lafiya Dole, Operation Python Dance, Operation Sahel Sanity, Operation Last Hold and so forth,

launched to tackle Boko Haram, armed banditry, kidnapping and other criminal gangs in the country have deposited ineffaceable footprints in Nigeria’s security history.

Under Gen. Buratai’s leadership, the welfare of the officers and men of the Nigerian Army was a major priority. He was aware of the fact that for his troops to have the right frame of mind in their line of duty, welfare must be prioritized. And so, he upgraded and regularly paid the salaries, allowances and bonuses of soldiers.

Adequate accommodations, both office and residential were also provided for the officers and men of the Nigerian Army. Old and dilapidated Army Barracks were renovated and new ones built. New Army Divisions and countless Forward Operation Bases (FOBs) have been established throughout Nigeria to bring military policing nearer to the people.

The amiable Army General also ensured that troops got their kits as at when due. He was famed for going at any length to ensure the needs of his troops were met at every point in time. Mr. President would hardly rest, if he is yet to approve the request Gen. Buratai forwards to him for soldiers. Mr. President loved it.

On assumption of office, Gen. Buratai, promised the officers and soldiers to prioritize their welfare. He had covenanted; “I want to reassure you that troops’ welfare will continue to receive my utmost attention. Every step is being taken to ensure that you get the best in terms of uniforms, boots and equipment as well as medical care among others…President Muhammadu Buhari has pledged his total support to our armed forces in its current campaign to restore the territorial integrity of our dear nation.”

To Buratai’s relentless struggles, soldiers under his watch have had every reason to smile in comfort and, stabilized emotionally and psychologically. And unlike in the recent past, priority was also given to the purchase or provision of equipment used by the military to combat insurgency. There innovation was reactivated in the Nigerian Army. The Army under him devised ways of arming, equipping and kitting Army personnel. It explored the sophistry of local technologies to make battles in the trenches a seamless exercise for the troops.

Nigerians would remember Gen. Buratai’s tenure as a period the Nigerian Army started the production of small and light arms and other combat artilleries that turned out to be effective in the war against terrorism. He adopted home-grown solutions, using local contents in manufacturing weapons for counter-insurgency. MRAP stands out distinctively.

The Nigerian Army Vehicle Manufacturing Company (NAVMC) which was established in 2019, under Gen. Buratai’s leadership was the first of its kind in the history of the country. Before his tenure, there was never any serious effort at producing military equipment locally by the Nigerian Army. He revived the moribund Army institutions and brought them back to ultimate productivity.

The feat has now set-in motion the Nigerian Army’s irrevocable march towards self-reliance in the production and maintenance of Armored Fighting Vehicles and other classes of military vehicles. It’s a shiny relic of his tenure because over the years, the Nigerian Army had relied on the importation of all its weaponry needs.

Equally of note is the establishment of the Human Rights Desk in the Army Headquarters (AHQs), which is replicated in all Army Divisions. It is targeted at resolving unforeseen incidents of alleged human rights violations of Nigerians in the course of special assignments by soldiers.

Gen. Buratai also implemented the Army’s Corporate Social Responsibility (CSR) project for the first time. Through it, host communities benefitted from community-based projects in water, electricity, healthcare, and roads construction among others. All these will always invoke fond memories of Gen. Buratai’s regime of the Nigerian Army.

As Gen. Buratai gracefully bows out of active service, he will be remembered as a reputable military expert, strategist, tactician, military historian, a philosopher, an administrator, a development expert, an iconic personality and a perceptive management expert. He was also able to inculcate the spirit of patriotism, excellence, selfless devotion to fatherland, courage, doggedness, the willingness to take action, enhanced performance and inimitable commitment to nationhood which were lacking in the Nigerian Army when he ascended the throne.

As someone who always thinks outside of the box to find remedies for the security challenges facing the country, Gen. Buratai, was able to build synergies and brainstormed with other Army chiefs around the globe in exchange of ideas on tackling terrorism. He was a global Army General and the people’s hero in Nigeria. It has not escaped the eyes that Gen. Buratai personified peace, humanity and development.

Now that Gen. Buratai has taken a bow, one thing is sure; he left the Nigerian Army and security of the country far better than where he met it. He has bowed out without any Nigerian territory still under the control of the Boko Haramists. It is also important to state here that during his time, the Boko Haram insurgents lacked the capacity to carry out attacks in Abuja, the Federal Capital Territory as well as other core Northern states as previously obtained in 2015.

Indeed, Nigeria is safer today because of the unique leadership style, loyal and selfless service provided by the out-gone Chief of Army Staff, Gen. Buratai. These and many more are the reasons Gen. Buratai will forever have his name ingrained in gold in the Hall of Fame.

– Agbese, a researcher wrote from the United Kingdom.

Buratai, Other Service Chiefs Will Be Missed For Restoring Peace In South-East - Igbo Group 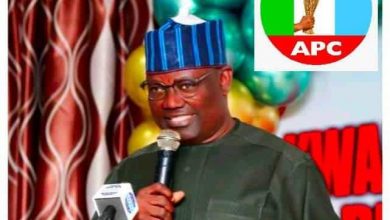