It is said that, “Transparency is the pillar of Accountability”. Give me a Leader who is transparent and accountable, I will show you a nation that will birth Development, and lead other nations into the Future.

I wish to state that the crisis in North-East Nigeria that came with its attendant loss of lives, destruction of properties and displacement of millions of people has been greatly managed and subdued. The after effects are now less visible due to the magnanimous reconstruction made by the North East Development Commission (NEDC) in the coordinating, harmonizing, and overseeing the success of many intervention and initiative programmes for the NorthEast States.

It is no news that Muhammed Goni Alkali being the MD of NEDC has relentlessly prioritize his engagement in the resettlement, rehabilitation, integration and reconstruction of infrastructure for victims of terrorism as well as tackling the menace of poverty, illiteracy, ecological challenges in the North-Eastern states and other related matter.

Indeed, Muhammed Goni Alkali has impressed many Nigerians for his performance, most particularly the residents of North East states. His surpassed excellence has benefited many sectors in the North East states. Moreover, his exceptional certificates which include a first class degree certificate of Accountancy in Bayero University, Kano (BUK), and a M.Sc certificate in Accounting and Finance, London School of Economics, UK, cannot be neglected. Elements of transparency and accountability can be perceived in the roles of Muhammed Alkali as the MD of North East Development Commission.

As the Managing Director of NEDC, I must commend that Muhammed Goni Alkali is striving to redevelop the North East region of Nigeria despite all hurdles he consistently experiencing. Regardless that some fraud allegations have been previously leveled against him and NEDC, his achievements are perfectly glare to Nigerians. It must be expressed that the MD of NEDC has immensely fulfilled many of his mandates for the commission. Ever since his installment as the MD, many ineffective sectors has gained strength to fully commence operations at its peak.

Muhammed Alkali ensures that every funds that are dedicated for NEDC projects needs to be utilized for the advantage of the residents of North East states. Just last year, around August, one of Muhammed Alkali’s plans for the North East region was announced. He planned to carry out 224 developmental projects in 112 LGAs all through the six North East states in Nigeria. This includes Adamawa, Bauchi, Yobe, Borno, Taraba, and Gombe. Being among the broad long-term outline of NEDC to wholly develop the North East region, the developmental projects were to be carried out under Rapid Response Intervention (RRI). They were to be carried out in regards to the needs and recommendations of the North East states. Such needs constitutes of what needed to be restored in various sectors such as the education sector, health sector, social infrastructure sector, agricultural sector, as well as in Water, Sanitation, and Hygiene (WASH) sector.

Thus, Muhammed Alkali made a reservation of #50 million so as to sort each of the requirements in the 112 LGAs. He also initiated his plans to revitalize the infrastructures in the state for the benefit of the people. The MD also declared that NEDC has made provisions of integrated agricultural programmes which was in support of newly-returned communities. He also reserved a sum of N6billion which is a fund set aside for 10% yearly grants on scholarship. Undergraduate and postgraduate students in the North East region are to benefit from the grants. This includes 5,000 undergraduates of bachelor’s degree, 336 Masters students, and 54 undergraduate of Doctorate Degree.

In regards to this, the MD has successfully executed a vast number of projects in Nguru Local Government, Yobe. Among which are drilling and installation of hybrid solar borehole in Bilalam Hausawa, Kwanar Dan Iya, renovation of classrooms, offices, and stores in various schools within the LGA.

Since the appointment of Muhammed Goni Alkali as the Managing Director (MD) and Chief Eecutive Officer of North East Development Commission on the 9th of April, 2019, the NEDC have gone on to achieve so much beyond our expectations amidst criticisms and scandals.

Since its inauguration, the NEDC has been cumbered with the responsibilities of receiving and properly allocating funds from the Federal Government and International donors for the reduction of unemployment, alleviation of poverty, provision of Basic Education, construction of roads and settlements, providing care to victims of terrorism and other challenges faced in the North-Eastern States which include Adamawa, Bauchi, Borno, Gomeb, Taraba and Yobe States.

The NEDC under the leadership of Muhammed Goni Alkali has successfully executed all of these with outstanding success. We are all aware of the many challenges the North-East is faced with. It ca only take a man who is an adept problem solver and critical thinker to spearhead a commission designed to tackle all of those challenges.

Thanks to the longsuffering of the people of the North-Eastern states, they had managed to endure the many hardships and terrorism for several years, so when President Muhammadu Buhari signed into law and act establishing the NEDC in 2017, it paved way for the development and reconstruction of the North-East and it was a huge relief for all.

The appointment of Muhammed Goni Alkali was greeted with mixed feelings and skepticisms. Many were unsure if he had the capacity to lead a commission designed for the purpose of reconstructing and developing the North-Eastern region of Nigeria. Muhammed Goni Alkali has since proved his worth with his excellent performance as the MD of the NEDC.

Looking back at past administrations, it is a norm that whenever a new commission is inaugurated to tackle a specific challenge in a particular sector or region in Nigeria, corruption erodes the project and little is ever accomplished, and this is a major contributing factor to the failures of past administrations. President Buhari foresaw this, and it is little wonder that he appointed Alkali as the MD of the NEDC, and once again, the president has shown us his formidable foresight and wisdom in choosing Mohammed.

Alkali is a man of integrity and good standing. I personally love his leadership style. It is one that many leaders in Nigeria should emulate. Stakeholders and members of International community are always full of praises for this man anytime they talk about him. That was why I knew the misappropriation of funds scandal that rocked the NEDC sometime in in July, 2020, were baseless accusations by disgruntled individuals who are seeking to put a stain on the integrity of the current administration.

The Nigerian Senate Committee on Special Duties recently praised the NEDC for its “outstanding performance” in the area of humanitarian intervention. It was cited that despite just being about a year old, the commission has “performed tremendously well”.

There have been a lot of criticisms thrown at not the NEDC boss, but also the NEDC in general, but the truth is that no matter how well a leader has performed, there must always be those who have bad things to say. In my opinion, these criticisms are just ad hominem mudslinging by members of the opposition aimed at demoralizing the NEDC and the current administration by labeling them as corrupt. The very fact that international communities have studied the success of the NEDC as an agency for development.

The NEDC boss continues to work tirelessly along with his faithful staffers to ensure that they successfully execute the mandate of the NEDC and the development of the North-East. Today, as a result of the determined efforts of these men, the North-East is undergoing rapid development as never seen before in the history of Nigeria. Many roads have been constructed, level of illiteracy in the region is being significantly reduced, many job opportunities have been created, many humanitarian interventions are being out in place and there is now a cleaner and safer environment for the people of the North-East.

From the report gotten from The Good Governance and Transparency Coalition as a
stakeholder in this critical sector that has consequently monitored the operations of the NEDC, it has stated that in the past one year of its operations, there has been entrenchment of transparency and accountability.

Therefore, i believe that we should be consequently alarmed at any spurious allegations without recourse to implicating NEDC, which by all intent we know that the purposes are of poor taste and lacking any form of credibility as there are no such infractions in the operations of the NEDC. As a matter of fact, the operational manual of the NEDC is such that is tailored to ensure accountability at all times and as such we should wonder how such infractions would have been effected with the multiple layers of checks in place.

Alkali remains my man. A man who is passionate about delivering the best results for the benefit of the people of the North-East. I do not have the slightest doubt that as long as he remains the MD of the NEDC, there are still better days ahead for the North-Eastern region of Nigeria.

Audu is a public affairs analyst and wrote this piece from Abuja.

A New Beginning for Ambassador TY Buratai - By Solomon Olarewaju 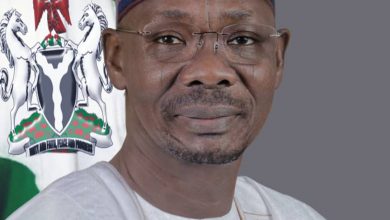 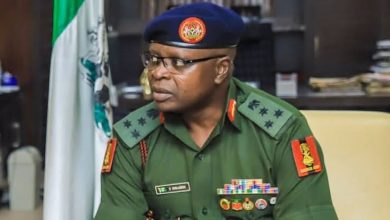