A Youths Group, under the auspices of Nigerian Youths Movement for Tinubu (NYMT), on Tuesday urged the National Leader of All Progressives Congress (APC) Chief Bola Tinubu to join the 2023 presidential race.
Alhaji Mukhtar Mukhtar,Director General, NYMT, while addressing the media in Abuja said the legacies and ideologies of Tinubu clearly portrayed him as a National Leader, who was a rallying point for progressives in the country.

Mukhtar, represented by the group’s North West coordinator, Malam Mustapha Abdrahman,, called on the two-time governor of Lagos state to use his experience in fostering unity, peace and progress in the country and contest for the position of president in 2023 general election.

“Over the years, Tinubu has been a vanguard of true federalism and national integration even as he pays attention to the development of our dear nation.

” He is a pacesetter, a mentor, nation builder, a unifier and de-tribalised politician,” he said.

According to him, if Tinubu join the presidential race it will enable him consolidate what President Muhammadu Buhari has done and is still doing in the country.

“Asiwaju possess undeniable passion for Nigeria. He is consummate democrat and a progressive to a core.

” A political phenomenon, an astute administrator and successful businessman who has within his political sojourn become the political colossal in Nigeria.

“It is in our quest for the progress of Nigeria as a nation that we have called on an outstanding personality in person of Asiwaju Bola Ahmed Tinubu to vie for the position of the president of the Federal Republic of Nigeria,” he said.

Also, Sen. Abu Ibrahim, who represented Katsina South in the 8th National Assembly extolled the qualities of Tinubu and his contributions towards the growth of APC.

Ibrahim, represented by his Chief of Staff, Alhaji Mustapha Ahmed-Ibrahim said Nigerian youths will support the National Leader of the APC if he decide to contest for presidency in the next general election.

He, therefore, stressed the need for Nigerians to unite and support credible representatives to lead the country.

Also, General Secretary, NYMT, Mr Olugbenga Pius, said that the group was made up of various representatives of youths associations who were after the peace and progress of the country, hence will mobilise Nigerians to support Tinubu, if he decide to join the race.

“We the leaders of various youth groups and volunteers pledge to ramp up efforts to fully implement strategies and Platforms for Actions, should Tinubu decide to run for presidency in 2023 general elections,” he said.

Dear APC Delegates, Please Elect The Aspirant With The Least Baggage As Candidate For President (1) 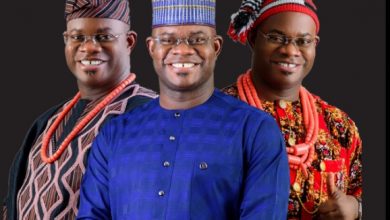