In his heart of hearts, Alkali wishes to relinquish the job to someone else because the burden is damn too much. But what are the real alternatives at his disposal? Virtually none! Those affected are directly his kith and kin. Someday, questions would be asked from the countryside on why he shirked from coming to their assistance in the hour of need. So, Alkali grudgingly trudges on.

Established in 2017 by the Government of President Muhammadu Buhari, the NEDC has had a tortuous path attending to the multifaceted infrastructural and humanitarian crises created by the over 10 years Boko Haram insurgency in the region. In his solemn moments, he seats and reflects on how the NEDC’s efforts in rebuilding the devastated region are again sabotaged by same Boko Haram and its local conspirators. It pierces the heart with pain. But he is determined never to give up.

NEDC’s main responsibilities includes, to receive and administer funds from the federation account, international donors and other humanitarian organizations for the settlement, rehabilitation and reconstruction of roads, houses and destroyed business premises of victims of insurgency. NEDC also has the mandate to intervene in ameliorating pervasive poverty, mass illiteracy, ecological problems and any other such linked social problems that would make life more meaningful to the suffering populations living in insurgency ravaged Northeast states of Adamawa, Borno, Yobe, Bauchi, Gombe and Taraba.

At the inauguration of the NEDC Board, President Muhammadu Buhari gave it a limitless gamut of operations. Mr. President was emphatic that the commission should superintend on the development activities and structures at all levels of government-funded agencies legitimized to work in the region.

NEDC daily sees an internally displaced or deprived population of over 2.6 million Nigerians or more in dire need of rehabilitation and succor under its responsibility. It’s a frightening statistic. It’s precisely the cause of Alkali’s nightmare.

Whether the MD/CEO accepts its or not, the NEDC appears bowed under the weight of sheer destructions by these terrorists’ gangs in the Northeast region of Nigeria. The job is very tasking, strenuous and energy-sapping.

The NEDC’s Managing Director, Alhaji Mohammed Goni Alkali is clearly dazzled by the magnitude of work on his hands. His admirers and acolytes are asking everyday whether he has enough capacity to solve the humanitarian crises of varying proportions exacerbated by subsisting and continuing destructions of public infrastructures perpetrated by Boko Haram insurgency. And his fever is understandable because the NEDC is the fulcrum of the peace-building, reconciliation and de-radicalization agenda of the Buhari Presidency.

Encouragingly enough, Alhaji Mohammed Alkali is a uniquely talented administrator, widely acclaimed for his defiant battles with obstinate challenges. His consociates’ mouth that the MD/CEO does not shudder or contemplate surrender on any challenge until he conquers the obstacle and snatches success.

Ab initio, Alkali knew that a savior in the neighborhood would not be noticed until he announces his presence. Therefore, the NEDC -MD’s first area of concentration was the engagement of the various communities in the Northeast on sensitization of indigenes on the prevalence of fleeing remnants of Boko Haram insurgents in their midst and how to dismantle unexploded landmines in their communities after the Military’s complete subjugation of the cursed jihadist campaigners’.

Selected persons across communities in the Northeast region in the Boko Haram worse hit states were selected and trained to lead the battle of disabling unexploded landmines. The idea captured the mindset of an administrator perfectly conversant with the preliminary rudiments of his job

The NEDC boss has launched and progressively pursued the agenda of Education Endowment Fund , which has engaged over 20,000 beneficiaries annually to enable them access academic and professional capacity training and development in diverse fields of human endeavors. It has further sparked the anger of Boko Haramists, a sect stridently opposed to western education. Alkali has courageously dared their gods!

Therefore, the commission disburses N6 billion yearly on scholarship for students in the region, which is more than the annual education budgets of most states in the federation. The drag net of the scholarship scheme covers over thousands of students from bachelor’s degree to doctor of philosophy degrees.

Added to it, the NEDC has implemented the rehabilitation of drinking water and sanitation facilities in states of the Northeast Nigeria pinned down by insurgency. It is part of NEDC’s Multisectoral Crisis Recovery Project (MCRP) with the support of the World Bank. The MD/CEO, Alkali is steadily surmounting these challenges because for every kobo into the commission’s coffers, there are human upliftment projects to justify it.

So, within three years, the NEDC has implemented humanitarian reliefs projects totaling 1, 310 under the ambitious scheme of “Rapid Response Intervention” (RRI) in all the 112 local governments of the Northeast region. Humanity survives on food and it is the basic traditional occupation of people of the Northeast. But Boko Haram insurgency pierced it badly resulting in the massive hunger and starvation in the land.

A sensitive Alkali’s focal agenda as NEDC boss has restored it. The commission has funded the implementation of an “Integrated Agriculture Programme,’ (IAP) under the broad umbrella of RRI, which yearly provides agricultural machinery and equipment, seeds, fertilizers, agrochemicals and extension services logistics vehicles from NEDC’s funds.

It has bolstered the production capacity of small-holder farmers in Northeast region, and boosted economies of families, which are currently regaining their lost farming treasures and domestic food sustenance. The NEDC sees it as a sacred obligation of the holistic rebuilding agenda of the Northeast region. Annually, the NEDC funds the IAP scheme in each of the 112 LGAs in the Northeast with N50 million.

NEDC has also has also directed its attention to skills acquisition, training and provision of starter packs to over 5, 000 Information Communication Technology (ICT), knowledge seekers. About 5, 000 women and youths in the region are trained annually on entrepreneurship, and another 2, 000 on vocational skills in each of the 1,028 wards of the region ravaged by Boko Haram. And Alkali deems it a faithful a yearly ritual. For the people of the Northeast, it is a narrative of a steady regaining of lost grounds under NEDC’s boss, Alhaji Mohammad Alkali.

The NEDC has also prominently and actively registered its shadows at the De-radicalization, Rehabilitation and Reintegration (DRR) Programme of the Nigerian Military otherwise known as “Operation Safe Corridor” (OSC) at Malam-Sidi, in Gombe State in the same region. After the initial work tour to the camp and assessment of intervention areas, the NEDC boss has continued to financially assist the programme with needy facilities.

Alkali’s humanitarian focus on rebuilding the Northeast resounds more in the ambitious housing projects for the IDPs in Borno state, the epicenter of Boko Haram terrorism. Its Mr. President’s consolatory initiative or the FGN to these displaced persons, which is worth N20 billion, but routed through the NEDC.

At the moment, the construction of 10,000 housing units spread across 10 Borno LGAs for the resettlement of the internally displaced persons (IDPs) are aggressively pursued. Through the supervision of Alkali, these housing units have reached advanced stages of completion.

The outbreak of the global coronavirus in early 2020 really shook Alkali’s heart. The NEDC boss was sensitive enough to understand that various Internally Displaced Persons (IDPs) camps were potent vectors of the spread of the epidemic. He personally went round the IDPs camps in the Northeast and supplied essential disinfectant products worth millions of Naira in the collective national struggle to combat the transmission of Coronavirus.

He kick-started the exercise at Bakkassi, Stadium and Muna IDPs camps in Maiduguri. It is reason Nigerians have not heard of COVID-19 related deaths in any of the IDPs camps in the Northeast region.

Hard work is noticed and acknowledged by Nigerians. Alhaji Mohammed Alkali’s leadership of the NEDC is rated high both by the Senate and the civil society. An unpersuaded and uninfluenced body known as the National Accountability Watch Group (NAWG) though its Executive Director, Dr Okpe Joseph Okpe applauded NEDC’s boss for holding the mandate of the Commission evidently sacrosanct by impacting on the economy, social wellbeing and infrastructural development of peoples of the Northeast region.

Under the supervision of another compassionate woman, the Minister of Humanitarian affairs, Disaster Management and Social Development, Hajiya Sadiya Umar Farouk, the NEDC boss has replicated her posture of delivering services to Nigerians with a human face. Alkali is sincerely working for the people on whose back he got the mandate to lead the NEDC.

Alkali has dispensed himself as a selfless gentleman by every detail of his assignment today as always. He is doing all within his powers to ensure that citizens in the Northeast forget the sorrows that Boko Haram insurgents and ISWAP terrorists have wrought on the populations. For conscionably comforting the downtrodden and traumatic peoples of the Northeast through various intervention programs, Alkali looks ripe for a reward in heaven. #

NPHCDA, COVID -19 And The Fall Of Anti-Vaxxers- By Pine Oralu 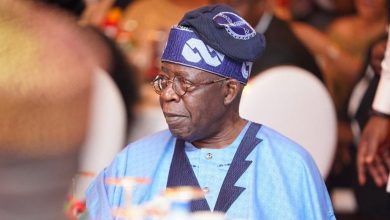 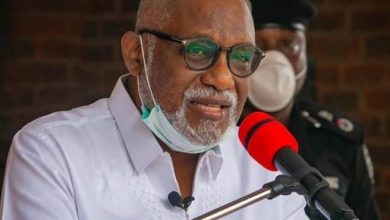