England fed off the energy of a passionate Wembley crowd to beat Denmark 2-1 in the Euro 2020 semi-finals on Wednesday and now stand just 90 minutes away from ending their 55-year trophy drought.

Gareth Southgate’s men will face Italy on Sunday infused with belief they can win a first major international tournament since the 1966 World Cup.

For Euro 92 champions Denmark, defeat spells the end of a fairytale run to the last four after the trauma of witnessing star man Christian Eriksen collapse in their first match.

England emerged on a cool evening at Wembley after the crowd of almost 65,000 had whipped themselves into a frenzy with rousing renditions of “Sweet Caroline” and “Football’s Coming Home”.

But Denmark ripped up the home script on the half-hour when Mikkel Damsgaard punished Luke Shaw for a foul on Andreas Christensen, smashing a free-kick past the despairing dive of Jordan Pickford.

That was the first goal England had conceded in the entire tournament.

The crowd went flat but England were level within 10 minutes when Simon Kjaer could only bundle the ball into his own net after a searching cross from Bukayo Saka.

Neither side could find a goal in the second period despite intense pressure from the home side as normal time drew to a close.

The volume in the stadium increased in extra time as England put Denmark under intense pressure and they finally got their reward when Raheem Sterling was fouled in the box by Joakim Maehle.

Harry Kane’s penalty was saved by Kasper Schmeichel but he converted the rebound to give England the advantage and they held Denmark at bay to seal the win.

The final whistle sparked scenes of delirium in the stands and on the pitch as the players partied with the crowd.

“It was a top performance — we had to dig in deep after the first goal we conceded in the tournament, and we regrouped well and showed a good team spirit to come back and win the game,” Sterling told ITV.

Despite the celebrations at Wembley, Sterling insisted the focus would almost immediately shift to the final against Italy.

“It’s another step in the right direction,” he added. “But once we’re back in the dressing room it’s over and we’ve got to focus on the weekend now. It’s step-by-step and that’s all we can do.”

The match was attended by British Prime Minister Boris Johnson, who tweeted: “Tonight @England played their hearts out. What a fantastic performance from Gareth Southgate’s squad. Now to the final. Let’s bring it home.”

England have suffered semi-final heartbreak at major tournaments four times since becoming world champions in 1966 and those agonising defeats have been etched in the psyche of English football.

But Southgate has overseen the emergence of a vibrant young team unconcerned by the trials and tribulations of their failed predecessors in the national shirt and they are now through to their first European Championship final.

Denmark were fuelled by a sense of destiny and desire after Eriksen had to be resuscitated on the pitch in their tournament opener against Finland.

They went into their final group game without a point but, with Eriksen on the mend, Kasper Hjulmand’s team embarked on a three-match winning run that took them to a first semi-final in 29 years.

Italy, who failed even to qualify for the 2018 World Cup, lie in wait for England at Wembley this weekend.

Roberto Mancini’s men beat Spain 4-2 on penalties at Wembley after a gripping 1-1 draw on Tuesday.

Federico Chiesa gave Italy the lead with half an hour to go only for Spain substitute Alvaro Morata to equalise with 10 minutes left.

APC Trying to Scare Me to Defect, Says Gov. Darius 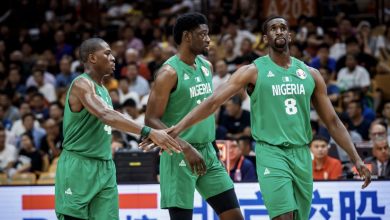