The Coalition of All Progressive Congress (APC) Women Groups, has asked President Muhammadu Buhari to postpone indefinitely the National Convention of the party fixed for February, this year.

This was contained in a statement signed by Dr. Cecilia Ikechukwu and other members which was made available to newsmen on Wednesday.

According to the coalition, fixing the National Convention this February is akin to building a superstructure on unstable soil.

It said there are several unresolved contentious that are consequential but left unaddressed before progressing to other unsustainable phases.

“Your Excellency, currently the party has faction in 14 states, which is because the Caretaker Extraordinary Convention Planning Committee (CECPC) under His Excellency, Mai Malam Buni has done a good job in reconciling factions in other states and re-organization the party.

“The party is yet to recover from the attendant losses from elections that were ordinarily guaranteed in Rivers and Zamfara state during the 2019 General Elections.

“Instead of learning the hard lessons contained in those avoidable experiences, the State Governors and the colluding party leaders are rather adamant on repeating the show of shame on a national scale by fixing a date for the National Convention without first resolving the damaging issues on ground.

“As it was with Rivers and Zamfara States, there are legal implications for how the party is progressing with going into a national convention with all the issues surrounding the party.

“We fear the APC is now firmly placed to lose all the positions our members will context for, not at the polls but on legal technicality as was the case in those two states,” the group stated.

Consequently, the women group appealed “that the convention be postponed indefinitely to allow the CEPC resolve these issues within the next three (3) days and come up with a comprehensive report on how to navigate the murky waters the APC currently finds itself.

“That the Abdullahi Adamu committee be disbanded immediately, and a new committee set up, since this committee has serially failed in its mandate.

“That Mr. President unites the APC stakeholders and lead them to counter the influence the cabals that want to destroy the party from within at all costs.

It is our firm belief that these steps, if urgently taken, can pull the APC from the brink, although the window for saving the party is fast closing. Please Mr. President, save the APC from implosion,” the statement stated.

I Support Fairness, Justice, Not Zoning of Presidency – Okorocha 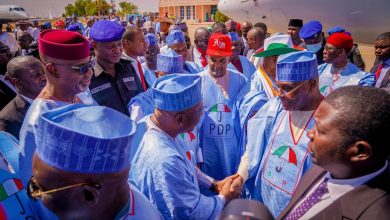 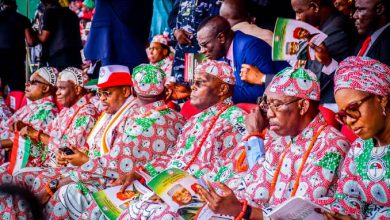