The President, Major-General Muhammadu Buhari (retd.), and National Assembly will reach an agreement on the amendment of Section 84 (12) in the recently signed electoral act which bars appointed political officeholders from participating in their parties’ primaries, the Presidency hinted on Monday.

The section requires political appointees, including ministers, commissioners, special advisers, and others, to first resign from their position before being eligible to contest in their parties’ primaries for elective offices.

The Presidency’s position was made known in a statement signed on Monday by the Senior Special Assistant to the President on Media and Publicity, Garba Shehu, titled, ‘Assent into law of the electoral act 2022: Landmark moment for the nation’.

The Presidency said, “In the coming days or weeks, the parliament and the executive should reach common ground on the issue raised by the President at the point of signing the law, which is the requirement for appointed political office holders to first resign before being eligible to vote or stand for election in the primaries for elective offices.

“These are crucial changes to the law which will benefit voters, not parties, empower citizens, not politicians, and strengthen our democracy as part of President Buhari’s legacy to our nation.”

Furthermore, the Presidency noted that Buhari’s assent to the bill after the back and forth on some controversial provisions underscore the perfect workings of a parliament and executive both driven by energy to deliver change to Nigerians.

“This of course runs parallel to that which we witnessed in the past when self-interest overrode the nation and the fashioning of electoral acts,” the statement added.

Listing benefits of the bill, the Presidency said, “More than anything else, this law underscores the government’s commitment to ensuring free and fair elections, dignity of the citizens, opportunity, and justice to all political participants whether they are voters or candidates.

“This law furthers social empowerment and inclusion by limiting the influnence of money on elections and raw power of incumbents to use to the disadvantage of opponents outside the political tent.

“It equally limits the thuggish practice of kingpins who scare voters and officials away, snatch ballot boxes to fill desired outcomes against the popular wish.” 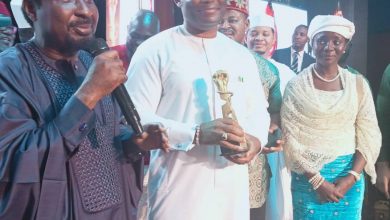