Following the approval of the appointment of Rev Yakubu Pam as the Executive Secretary Of Nigerian Christian Pilgrims Commission (NCPC) by President Muhammadu Buhari, there have been tremendous positive improvement in the Christian-Muslim relationship across the nation.

One would debate less on such turnover because of the personality that stood as a gap bridge. Rev YAKUBU PAM is a man of peace and a great patriot who has used his current position to preach peaceful co-existence amongst Nigerians. At a time the country’s corporate existence is being threatened by insurgency, insurrection and other criminal Vices, it takes men of courage like Pam to speak out in support of one, united, and indivisible Nigeria. He is a notable personality who has refused permitting self-appraiser in being in the spot light for any reason.

Rev Yakubu Pam has proven himself an excellent man, a man of good faith and integrity before his appointment as the executive secretary of the Nigerian Christian Pilgrimage Commission. With heading other bodies of the Christian faith, including the Northern part of the-Christian Association of Nigeria (CAN), Inter-Religious Council; and the Internally Displaced Persons, Rev Yakubu Pam had shown Nigerians what a peaceful man he is.

In a country where tribal war seems to abound and issues seem to come up regularly, Rev Yakubu has remained detribalized, being for the unity and peace of the nation rather than choose a side of the nation to belong to.
Rev Yakubu Pam is an excellent leader as since his appointment by the president of the federal republic of Nigeria on the 26th of June, 2020, he has led judiciously, showing a true example to the people about what a leader and a good man of God, a good citizen of the nation should be like.

He is a quintessential leader, a teacher and a peace lover as he advocates for peace with every chance he gets. He is a man who has never taken his service in God’s vineyard for granted, he has been serving faithfully since 2020 and still is, even till now.

When one looks at his profile, one can see that his journey of faith and service did not begin today. It has been a journey that had long been in play, with the many Christian education that the reverend got as he grew in faith and in person.
Service like this requires great personalities. People who are careful in dealing with men, knowing that their position was chosen by God and no one else, we have seen men battled storms but later prevailed, but many have attained the positions of this height, and loose faith of their humble beginnings. The Reverend has however retained his humility, keeping in mind God’s role in his life and growth.

The commission is blessed to have been led by Rev Yakubu Pam as he has since then impacted the nation in many ways. His appointment has set many records for high standard of leadership in Nigeria which has led many stakeholders acclaim to this fact severally in conferences and the likes. It is amazing what God can do using a great leader, Reverend Yakubu Pam has shown himself as the great man who constantly contributes to easing the plight of the people.

The Reverend is a leader that listens to the people and hears their voices, and then speak out on their behalf on several occasions. He has spoken up about the killings in the North, urging and pushing for a better government. The people’s plight has always been his plight,

Rev Yakubu has restored transparency to the commission and since then has set the pace for better leadership in other parts of the country. He restored the people’s faith in the having religious leaders in politics and having them deliver and promptly too.

He has also been termed an icon of peace which is a fact that cannot be disputed. He has worked endlessly since his appointment as the executive secretary of the Nigerian Christian Pilgrimage Commission, we all know this, since his appointment he has also won a bunch of awards to further solidify the fact that he is not just anybody and he isn’t a man who doesn’t know how to go about working properly.

He is working, we see it. He is speaking up, he is not a hypocritical leader, he speaks for Justice and for peace and oneness which are things that this nations seems to lack most of the time. Reverend Yakub Pam has been one of the most accountable leaders that NCPC has ever had, his accountability is seen and has been recognized by all, indeed he has the traits of an excellent leader.

People have often felt being a religious leader in a political setting woud corrupt the minds of the leader and make the aid leader adopt characters that are unheard of in the religious setting, but this hadn’t been the case with Rev Yakubu, he has proven to us over and again that a Christian can be in politics and still let God use him, still let God lead , a Christian can be in politics for service, to serve God and the people. He is changing the narrative and it is purely amazing.

Humanity is nothing without selflessness, or a dying world redeemable without a savior. Rev PAM is a man with great optimism that brings to the position more than 30 years of leadership experience in the Christian Community, coupled with a deep understanding of promoting Inter-religious harmony and conflict resolution in the Northern parts of the country. Rev Yakubu is a living legend to be reckon with. 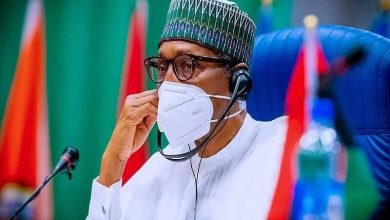 PMB And His New Clan – By Friday Peter