My pals in Taraba state told me APC has completely lost its bearing like a rudderless ship on a stormy sea. I almost doubted them until the court verdicts that hit the party on “black Tuesday” this week. A cascade of cases practically caused a tsumani that saw an already comatose party torpedoing further.

And the party has itself to blame. The primaries upturned today came at a time the state’s party exco itself was already in deep crisis. The Barrister Ibrahim El Sudi led body was dealing with illegitimacy issues. As I write this a judgement is hanging on that Elsudi exco.

It was partly due to this foundational problems of the party, the NEC decided that Taraba state would conduct a primaries based on direct primaries for its elective positions.

If the primaries had happened that way, Tuesday’s disgrace might have been averted. But a desperate Senator Emmanuel Bwacha, who had earlier decamped from the PDP, was already in governor mode. The primaries that followed was as embarrassing as the judgement that the court eventually gave on it. Names were written on pieces of papers and an announcement was made at the airport. It was a caricature.

After that, the party that was divided became more disorganized. From there, it was down hill all the way. An attempt at reconciliation failed. The men who ran with Bwacha were united against the mockery of a primaries and vehemently ran to court to get justice. In the next 14 days, a decision has to be taken.

A fresh election would further polarise the party. It is also not clear if an appeal would help. On top of this, an effective electoral law may not allow for any submission of names even if a fresh election is conducted. The mood of party faithfuls is sombre and dampened. The party leaders are arrayed against their own party and the center has broken. For APC in Taraba, it is life imitating a nightmare. 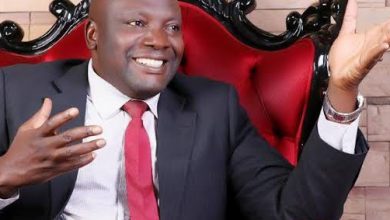 Don’t let the crowd fool you. This is Why